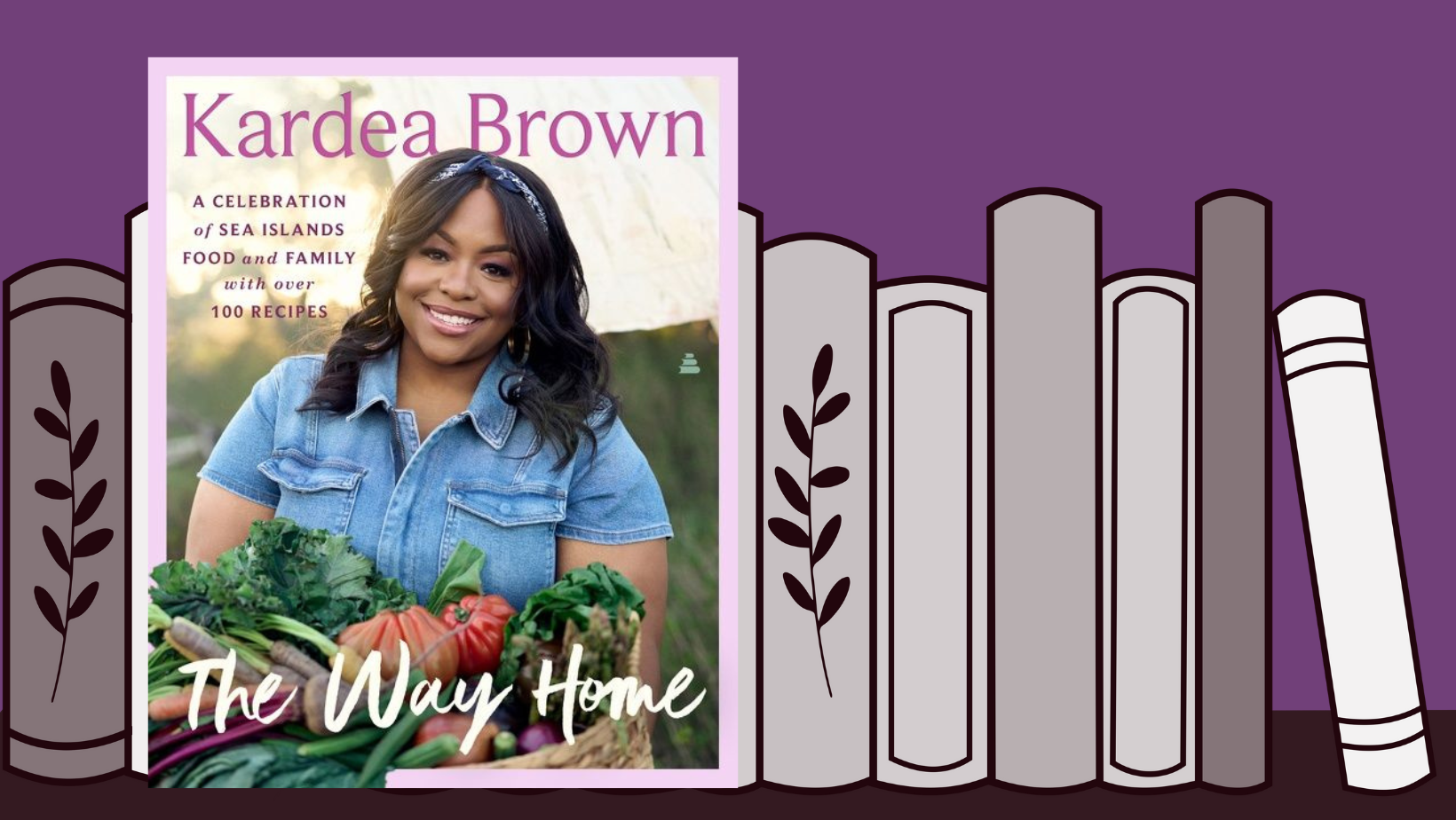 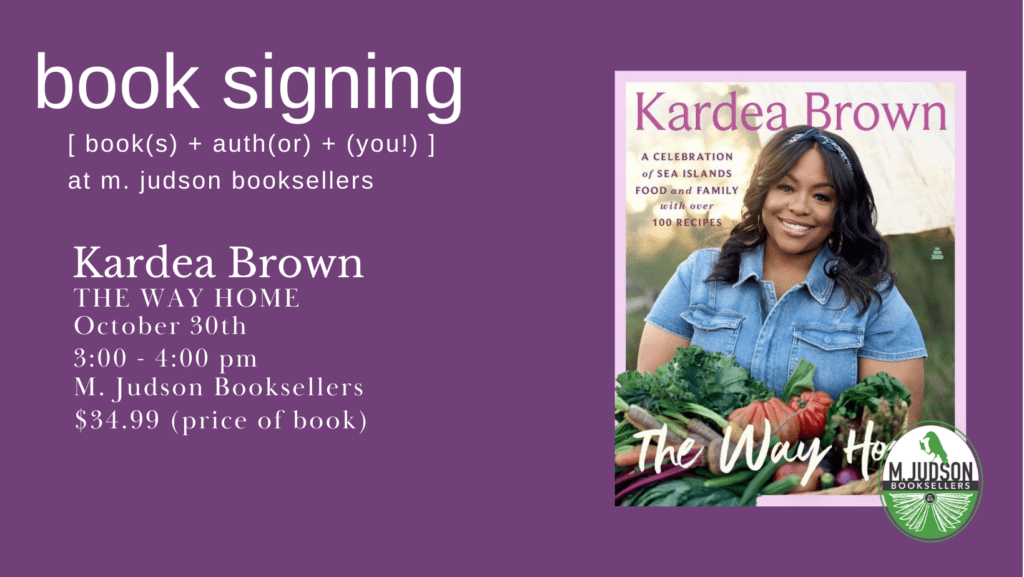 We couldn’t be more excited to have Kardea Brown and her new cookbook, The Way Home, in our store!! We know you’re excited too, so we wanted you to have the chance to not only get her cookbook, but have it signed by her, for you, in person!

Your ticket covers the cost of your book and we’ll email you after you place your order with your time slot for the signing line. Claim yours now!

In April 2015, Kardea Brown made a leap of faith, quitting her job as a social worker in New Jersey to pursue a career in the food industry. She opened the New Gullah Supper Club, a restaurant and social destination centered around the food she grew up eating at her grandmother’s house on South Carolina’s Wadmalaw Island.

After an appearance on Food Network, Kardea caught the attention of executives at the cooking channel and over the course of nearly four hardworking years became a star–sparring with chefs on hit shows like Beat Bobby Flay and hosting Cupcake Championship. Viewers fell in love with her Southern warmth, love of family, and awe-inspiring New Gullah meals, and Kardea quickly landed her own show, the top-rated Delicious Miss Brown.

In this, her first cookbook, Kardea shares her multi-generational “passed down” recipes and innovative takes on Gullah classics with home cooks everywhere. “Gullah” and “GeeChee” refer to a distinct group of African Americans living in the coastal areas of South Carolina and Georgia who have preserved much of their West African language, culture, and cuisine. The Way Home is an unabashed love letter to her family’s roots, packed with dishes that combine West African herbs, spices, and grains with traditional Southern cooking. “Gullah people laid the foundation for Southern cooking. Before farm-to-table was a fad, it was what Gullah people did,” Kardea explains. “I want to show the world that soul food is not monolithic. It’s so much more than fried chicken and vegetables cooked in pork. It’s seasonal, fresh and delicious! “

Kardea flavors her recipes with cherished family anecdotes, memories, and helpful tips. A perfect blend of the modern and the traditional, The Way Home honors her proud heritage and shows off her own signature class and sass. The result is a marvelous, big-hearted collection of recipes and stories that will nourish you, body and soul.