Books Over Drinks with Mary Kubica 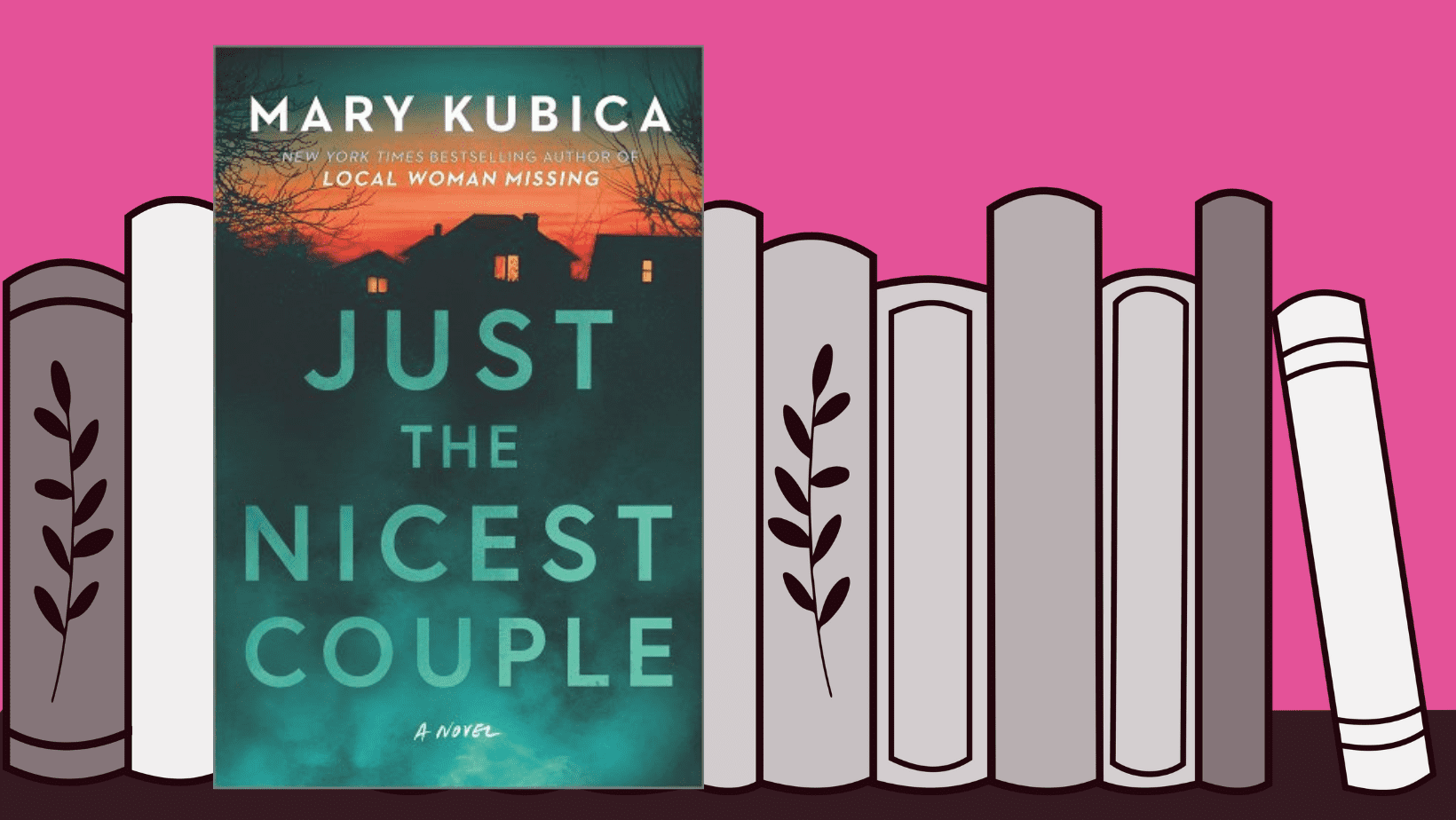 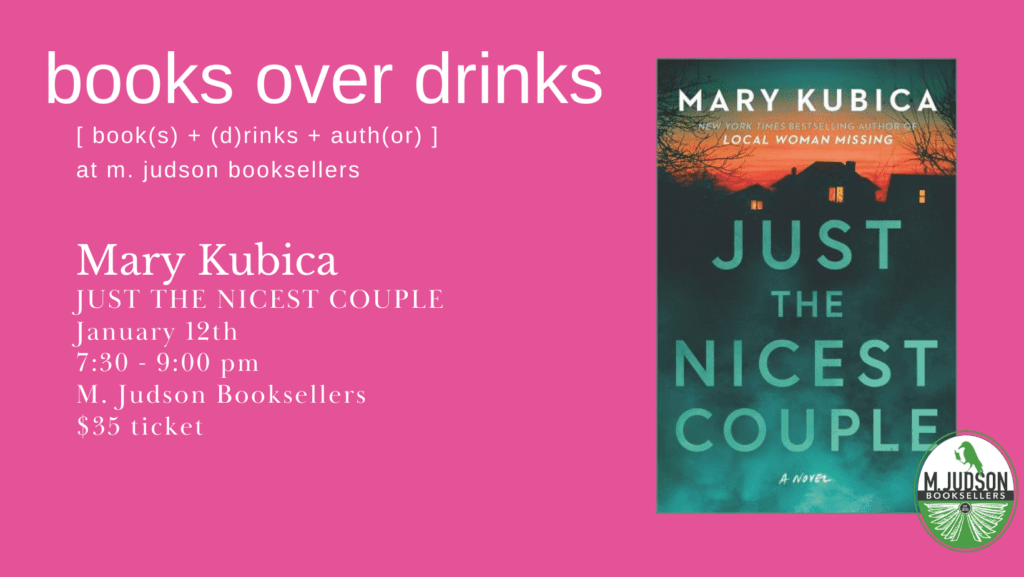 We are so excited to spend an evening with Mary Kubica talking over Just the Nicest Couple! Described as “a helluva storyteller” (Kirkus) and “a writer of vice-like control” (Chicago Tribune), Kubica is the New York Times bestselling author of thrillers including The Good Girl and The Other Mrs. We think she’ll be the perfect kick off for our first cocktail event of the year with this twisty new thriller in which a husband’s disappearance links two couples. Hear more about the book and Kubica’s writing process as we enjoy a book-inspired cocktail with her. This is a ticketed event.

Your ticket includes admission, a cocktail, and a copy of the book.

Mary Kubica is a New York Times bestselling author of thrillers including The Good Girl, The Other Mrs., and Local Woman Missing. Her books have been translated into over thirty languages and have sold over two million copies worldwide. She’s been described as “a helluva storyteller” (Kirkus) and “a writer of vice-like control” (Chicago Tribune), and her novels have been praised as “hypnotic” (People) and “thrilling and illuminating” (L.A. Times). She lives outside of Chicago with her husband and children.

Jake Hayes is missing. This much is certain. At first, his wife, Nina, thinks he is blowing off steam at a friend’s house after their heated fight the night before. But then a day goes by. Two days. Five. And Jake is still nowhere to be found.

Lily Scott, Nina’s friend and coworker, thinks she may have been the last to see Jake before he went missing. After Lily confesses everything to her husband, Christian, the two decide that nobody can find out what happened leading up to Jake’s disappearance, especially not Nina. But Nina is out there looking for her husband, and she won’t stop until the truth is discovered.

“Just the Nicest Couple is Mary Kubica at her twisty, mysterious best. Every character brims with secrets. Every page holds a surprise. It’s entirely unputdownable and everything a reader is looking for in their next read.” —Sally Hepworth, New York Times bestselling author of The Younger Wife

“You won’t know who to trust in Just the Nicest Couple, a domestic thrill-ride which grabs you on the first page and doesn’t let go until you reach the end. A riveting tale about marriage, trust, and secrets, this is Mary Kubica at her best.” —Laura Dave, New York Times bestselling author of The Last Thing He Told Me

“In Just the Nicest Couple, Mary Kubica is writing at the top of her game. She wastes no time dropping her characters into an impossible situation and then ratchets up the tension, one twist after another, until the last, shocking conclusion. Just the Nicest Couple is propulsive, addictive, and impossible to put down. But be warned: nothing — and no one — is as they seem.” —Julie Clark, New York Times bestselling author of The Last Flight

“Rich with detail and a mounting, almost suffocating sense of dread, Just the Nicest Couple is a dark and twisted exploration of loyalty, family, and how far we’ll go to protect the ones we love.” —Andrea Bartz, New York Times bestselling author of We Were Never Here

“Mary Kubica’s Just the Nicest Couple is a masterfully written thriller about deception where we least expect it and the danger of a lie tumbling out of control. Taut and incredibly suspenseful, every moment is perfectly crafted to keep us wanting more. An engrossing, spine-tingling read! —Ashley Audrain, New York Times bestselling author of The Push